On Monday night Vilnius Resistance covered the city with a multilayer, which not only stood through the night and accumulated 19M MU, but also managed to overturn the result of the cycle which otherwise had seemed lost. 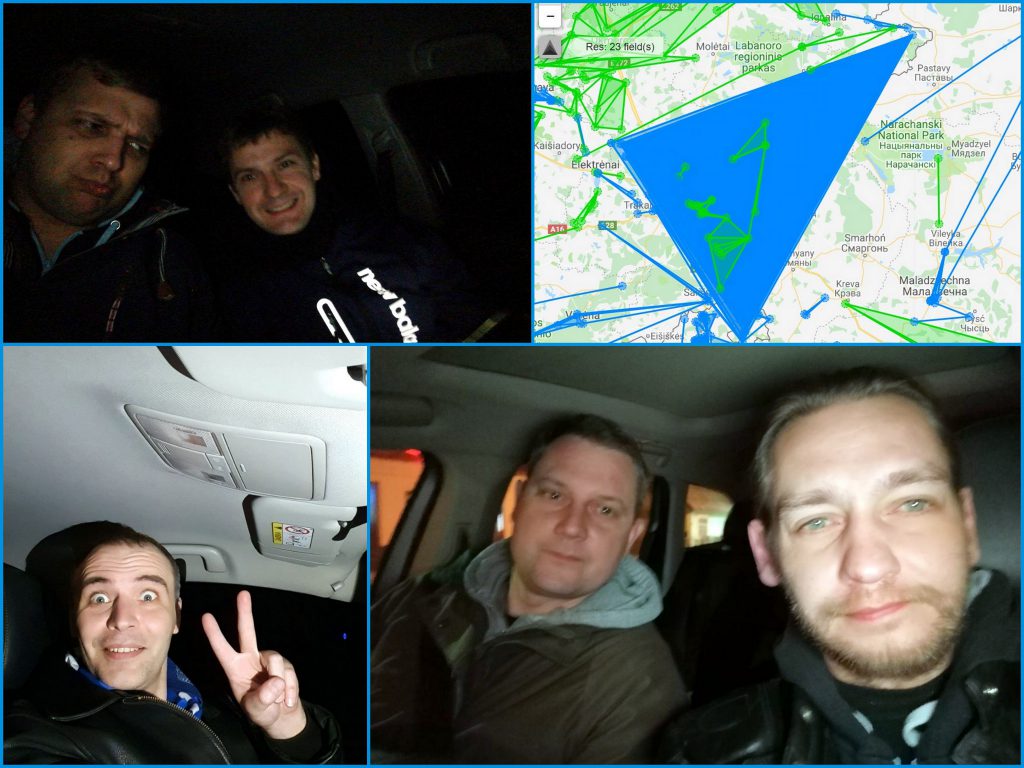 Septicycle 2019.12 started to go south on Friday night when a successful fielding by Enlightenment put them 18M mind units ahead in the cycle. Green fields covered the city for three checkpoints. Saturday OP by the Resistance won back only 5M mind units, as the fields survived only one checkpoint. Sunday went by with most of the team tired from the previous day or doing non-ingress stuff, and the remaining two days of the cycle looked grim – start of the work-week with few convenient CP times.

Surprisingly, enough volunteers signed up on Monday morning for one last attempt. The fielding was scheduled on midnight, hoping that the fields will stay up for the 1 AM checkpoint and through the night. During the day a plan of 19 layers (Dieveniškės-Sekonys-Kernavė/Našlėnai) was carefully drafted and responsibilities assigned. It needed to stay up for at least three checkpoints to have a chance to overturn the cycle result. Then, almost at the last minute the drawing was revised, more layers added, making a total of 25, and additional fielding from Švenčionys outlined.

The evening turned out to be tense. First, the fielding started 25 minutes late, when navigation system of one of the cleaners acted up and sent him in the opposite direction from his alert. Then, one layer was lost due to an unchecked small cross-link in Jašiūnai (remember the last minute changes?). Another one – because of a portal, which turned out to be inside a gated territory with guard dogs (submitted in the wrong location, as we later found out). 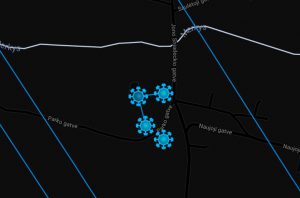 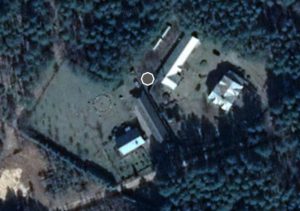 Despite the delays, fielding was finished before 1 AM. 23 layers went through the checkpoint, gaining 6M mind units. The same result repeated for the morning checkpoint, tipping the cycle average in favor of the Resistance (the chart below pictures measurement results and running averages of the first 34 CPs). The last 2 checkpoints were like waiting for the final whistle in the soccer match. The cycle was won, continuing the longest Resistance winning streak in NR03-ECHO-14. 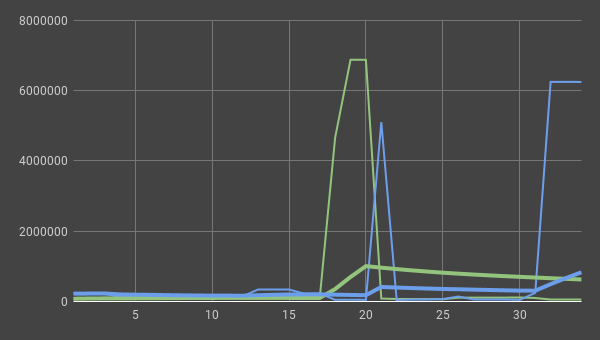 The bulk of the largest fields was taken down after three checkpoints, and now only 6 layers are over town, earning about 1M mind units at each measurement in the new cycle.

Short zoo-sightings report of the night: 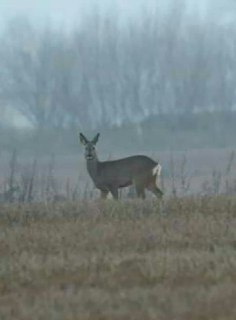 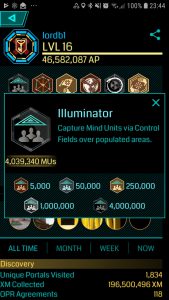